In recent months, we have witnessed a deterioration of the humanitarian situation in all areas Women Now for Development works in, namely in the Damascus suburb of Eastern Ghouta and the countryside of Idlib. In Eastern Ghouta, the long siege has tightened significantly and even medical emergency cases have not been allowed to leave in order to receive treatment. All of this is worsened by intensified bombing of both Eastern Ghouta and Idlib by the Syrian regime and its Russian allies.

On 6 February, the Women Now center in Kafr Batna was hit and destroyed by an airstrike. The Syrian regime targeted all of Eastern Ghouta with fierce airstrikes and shelling, including the locations of our centers. The attack occurred when the centre was closed so our team and the women who receive vital services there were unharmed but six civilians were killed, the owner of the building was wounded andthe center was severely damaged. The people of Eastern Ghouta are facing some of the most dire moments since the start of the conflict. In order to protect our staff and beneficiaries, Women Now has suspended all activities in Eastern Ghouta.

These photos were taken by our colleague inside the center. 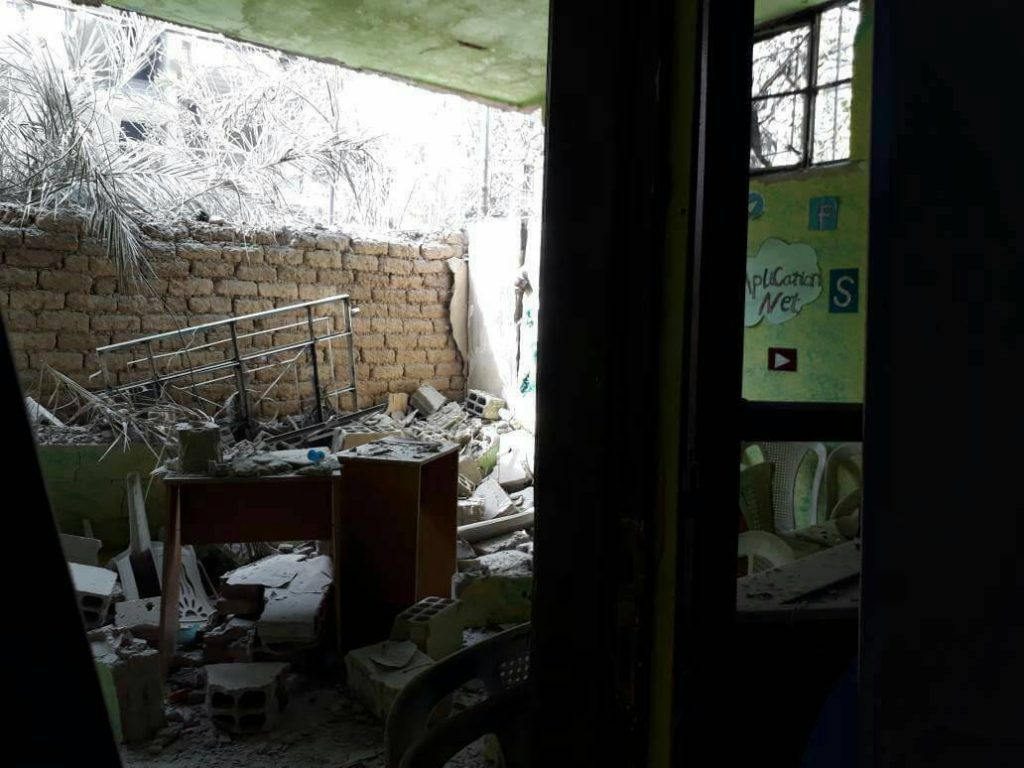 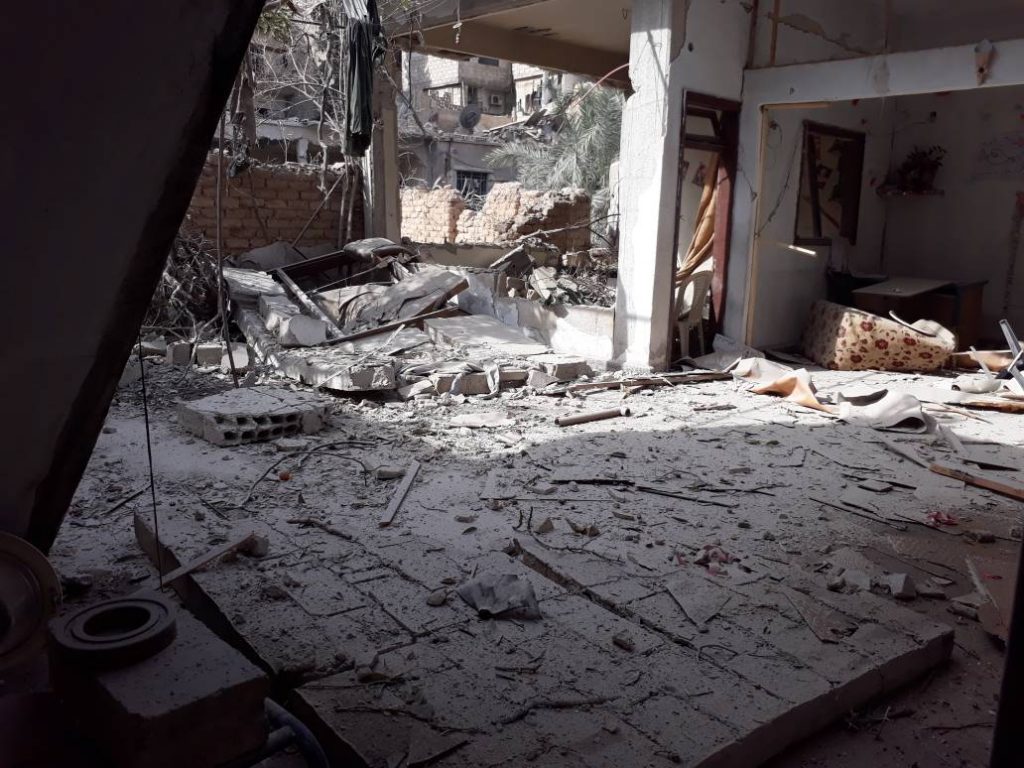 In all of Syria, the Syrian Human Rights Network has documented the killing of 774 civilians, including 76 children, during the month of January 2018 alone. In addition to the situation in Ghouta, Idlib is experiencing an escalation of violence as well. The bloodiest day in Idlib was 4 February, when the Syrian regime bombed the city of Saraqib with toxic gas, as well as hospitals in Ma’arat al-Nu’man and Kafr Nabel, killing 18 people.

Our Women Now centers in Ma’arat al-Nu’man were hit on 11 January and in Saraqib on 28 January. Many civilians were killed in these air raids and civilian structures destroyed. Because our centers are located in basement shelters, the damage was only material. However, the fear and panic our teams experienced in these moments was intense.

The protection we can provide as Women Now however is only of a temporary nature during the time the women and girls are in the centers. Outside of the centers, everyone is living as normal civilians. Our teams in both regions, Idlib and Eastern Ghouta, have witnessed an unprecedented intensification of bombing. Our colleague Mida told us from Idlib: “We are used to life with the bombs, but in recent days it has turned into a frenzy.”

Many of our colleagues in Idlib and Eastern Ghouta have been displaced with their families, living in inadequate shelters while the terror around them engulfs all civilian life, despite the fact that none of these civilian shelters are in military zones.

Our organization extends its sincere condolences to the colleagues who have lost their loved ones. We will always support our team as much as possible within our duty of care for our staff inside Syria. We thank our international partners for their support of this policy and their recognition of the importance of commitment to civil society organizations still working inside Syria.

We call upon all partners and governments to demand an immediate end to the targeting of civilians and call upon civil society and human rights organizations to pressure all actors in international fora to stop military attacks on residential areas, to open roads to and from besieged areas, to provide humanitarian assistance and to assist the wounded in accordance with UN Security Council Resolution 2254.

Without international intervention to stop the bombing and shelling and to break the sieges, Women Now warns that a humanitarian catastrophe is underway in Ghouta and Idlib. Women Now condemns the targeting of civilians and demands all parties and organizations concerned to take responsibility to stop these systematic violations of international law and protect civilians. 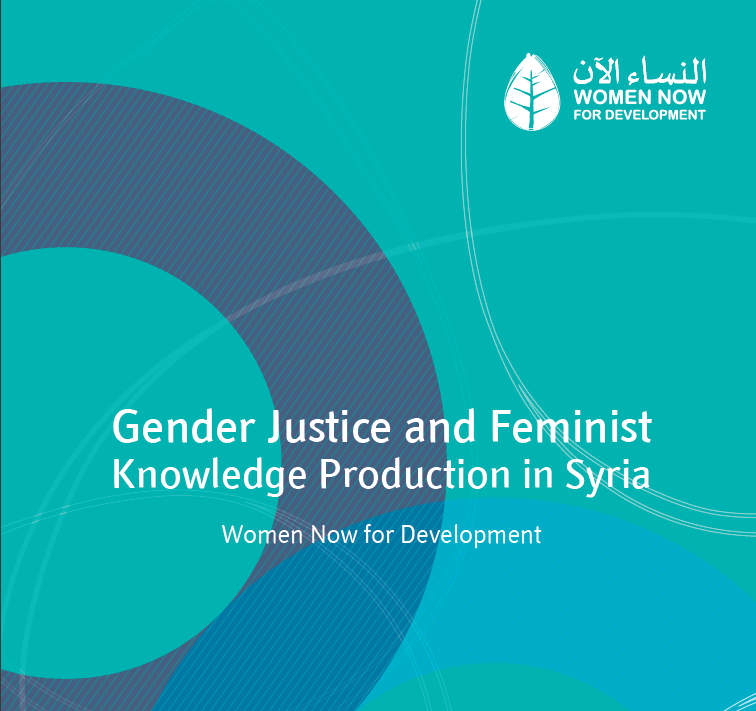 We are pleased to share this research on Gender... 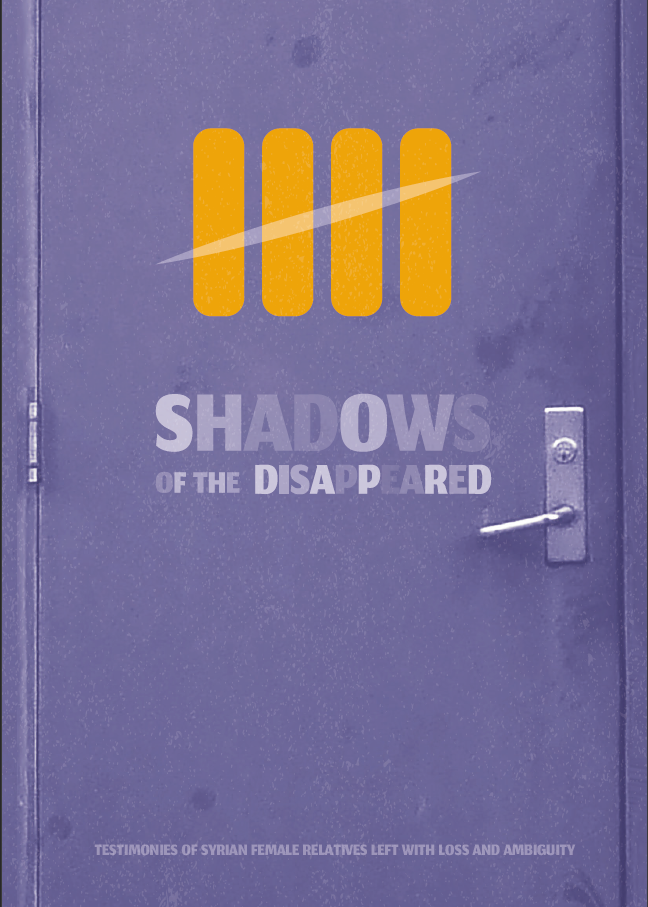 Shadows of the Syrian Disappeared: Testimonies of Female Relatives Left with Loss and Ambiguity

This event will include the launching of the report...